In a city full of superheroes, sometimes the tribulations of one can go ignored.

Martin Keys, the once-and-former Street Justice, was one such hero.

A friend of Galatea Powers, Martin earned the respect of the other members of the Guardians of the Dawn when he answered the call for help during the “Time and Changes” story in “Guardians of the Dawn Spotlight”.   He even carried the shield that was originally supposed to go to Captain Paragonna.

Sadly, Street Justice was one of thousands who were in Galaxy City when it was devastated in a Shivan meteor shower.  Although presumed dead, he and over 2000 others were saved through the efforts of his fellow Guardians.

But his time away was not easy for him or the other “lost” heroes.  His one-time girlfriend was critically injured by a teammate during an accident.  Enraged, Martin went after the one he blamed for the accident, only to end up losing both his arms to frostbite. 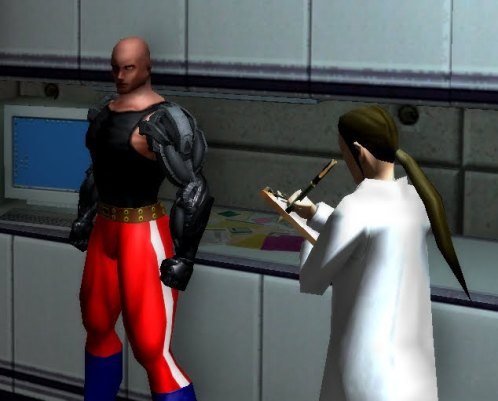 Since then, Martin has struggled with trying to adapt with new cybernetic arms.  As we will learn in “Task Force Twilight” #3, the loss of his human limbs has not only sidelined him as a hero, but it also affected him as a tailor.

“When we see Martin again, we find he’s struggling to find work,” said writer/creator David 2.  “Tailors are known for their creative minds and their hands, so when you lose your hands and you have to re-adapt with prosthetics, you can’t just pick up where you left off.”

But something causes Martin to leap back into action…

“This is a man who is loyal to his friends,” said David 2.  “He can’t just sit back and watch things happen.  Especially when it involves someone he knows.  He wants to help.  He wants to feel he still can contribute, and not just for emotional support.”

“There is still a hero in Martin Keys.  And you’ll see what kind of hero he becomes.” 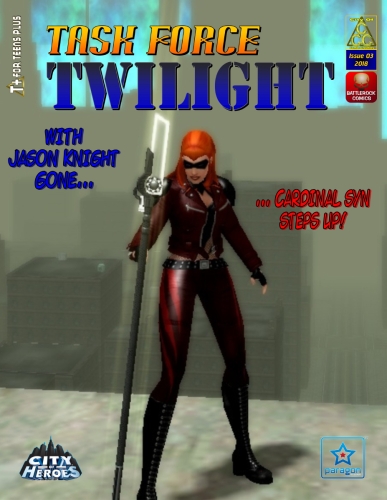